The Importance of Developing and Maintaining Emotional Sobriety 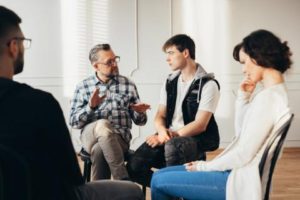 The idea of sobriety seems pretty straightforward. If you are not under the influence of drugs or alcohol, then you are sober, right?

But one of the co-founders of Alcoholics Anonymous realized that there was another kind of sobriety that was intimately connected to the traditional idea of being sober. He called it “emotional sobriety.”

Let’s take a closer look at what emotional sobriety is and how it might be achieved.

Bill W. was one of the founders of Alcoholics Anonymous, and by 1953 he had maintained his physical sobriety for two decades. But he was suffering mightily from depression. He wrote a letter to a friend expressing his hope that the principles of AA could include the important idea of emotional sobriety—and that in doing so, the program might help those struggling with difficult emotions.

Bill put it this way in his letter:

I think that many oldsters who have put our AA “booze cure” to severe but successful tests still find they often lack emotional sobriety. Perhaps they will be the spearhead for the next major development in AA–the development of much more real maturity and balance (which is to say, humility) in our relations with ourselves, with our fellows, and with God.

Those adolescent urges that so many of us have for top approval, perfect security, and perfect romance–urges quite appropriate to age seventeen–prove to be an impossible way of life when we are at age forty-seven or fifty-seven.

Since AA began, I’ve taken immense wallops in all these areas because of my failure to grow up, emotionally and spiritually. My God, how painful it is to keep demanding the impossible, and how very painful to discover finally, that all along we have had the cart before the horse! Then comes the final agony of seeing how awfully wrong we have been, but still finding ourselves unable to get off the emotional merry-go-round.

To put it more briefly: The “emotional merry-go-round” spins us around as we chase approval, security, love, and more. When we don’t catch up to the idealized notions we have in our heads about such things, our emotional sobriety is threatened. That leads to depression.

In the first six months of my own sobriety, I worked hard with many alcoholics. Not a one responded. Yet this work kept me sober. It wasn’t a question of those alcoholics giving me anything. My stability came out of trying to give, not out of demanding that I receive.

Thus I think it can work out with emotional sobriety. If we examine every disturbance we have, great or small, we will find at the root of it some unhealthy dependency and its consequent unhealthy demand.

Some Ways to Support Emotional Sobriety

In addition to a spirit of service, there are a number of things you can do to build and maintain your emotional sobriety—and in most cases, these same practices can help you maintain your physical sobriety as well. It’s a win-win. The key is to remember that you are working to maintain both kinds of sobriety and that they are deeply intertwined.

Practices that support both kinds of sobriety include:

We Are Ready to Support Sobriety of All Kinds

At The Pavilion, we understand that maintaining your hard-won sobriety is about more than physical symptoms and temptations. It is also about your emotional well-being. That is why we personalize every person’s treatment plan, ensuring that we address the specific needs and issues that are in play.

No matter the details of your situation, we have the compassion, expertise, and resources necessary to help you achieve physical and emotional sobriety. And we are committed to a continuum of care, which means you can continue to turn to us during the difficult early days of your recovery journey.

The Pavilion at Williamsburg Place is a 66-bed state-of-the-art hospital offering psychiatric care to adults and older adults.

We understand that each person has their own unique issues and our clinical team has the expertise to assist our patients to return to a stable level of functioning.

If you are a medical professional seeking to refer a patient or to simply learn more about our services.