Reasons to Be Cautious When Coming Off an Antidepressant 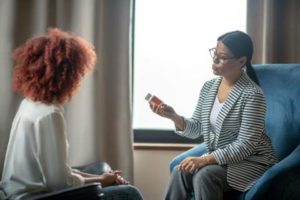 At first, you may think you are just feeling a little bit blue. Nothing to worry about, right? We all get down sometimes, and the feeling generally passes soon enough.

But maybe you find that you don’t feel quite right for a longer period of time than seems normal. Maybe the sadness or anxiety or anger you are feeling starts to interfere with your daily activities. It’s harder to focus and to stay motivated. It’s harder to get yourself up and out of the house in the morning—and you start cancelling plans in the evenings because you just don’t feel like being around anybody. Maybe you reach the point where you just can’t seem to function at all.

If you arrive at that sort of low point, there is a good chance you are suffering a major depressive episode. If that happens, you are far from alone.

According to a study, around 16 million Americans (about seven percent of the adult population) suffered a major depressive episode in 2016. That number will likely prove to be higher for the period of time we have spent dealing with a serious public health emergency and a variety of other significant challenges in the United States.

Fortunately, antidepressants can be helpful for those suffering from depression.

The Ups and Downs of Antidepressants

In many cases, antidepressants are an effective tool for managing a mental health disorder centered on depression. These drugs have been shown to be quite effective—especially when the person taking them also talks with a therapist. The combination of medication and therapy can improve a person’s mental health and help them maintain that improvement over time.

It should be noted that it can take some time to find the right antidepressant for any given person. There can be troublesome side effects, and it can be a challenge to determine which drug (or combination of drugs) provides the most benefit while leading to the fewest negative impacts. And some people develop a tolerance for one antidepressant or another—meaning the current drug stops working well—and must go through the process of finding a new option.

Still and all, the benefits of antidepressants have been a boon to many, many people who struggle with depression. That said, not everyone wants (or needs) to stay on the pills for an extended period.

While there certainly are large numbers of people who take antidepressants over long periods of time, others may prefer to stop taking the drugs after they have seen significant improvement in their mental health.

We want to be clear here: Choosing to stop taking an antidepressant medication is a decision you should absolutely make in collaboration with your doctor. This is important for two reasons.

First, you will want to talk through the pros and cons of giving up the medication. What is the likelihood your depression symptoms will return? Under what circumstances should you consider changing course and going back on antidepressants? These are important conversations to have.

But there is another reason to talk with your doctor before giving up an antidepressant: antidepressant discontinuation symptoms.

When you take an antidepressant for a period of time, your brain and body get used to the idea of having the drug around. If you suddenly stop taking the medication, your body will let you know it doesn’t like that idea by producing a range of less than desirable symptoms.

The symptoms may range from the fairly mild (headaches, runny nose, chills, fever) to the fairly serious (tremors, lethargy, tingling sensations, abnormal muscle tone) to the quite serious (mania, hallucinations). Fortunately, the most serious antidepressant discontinuation symptoms are quite rare, but none of the potential symptoms are terribly pleasant.

But with the help of your doctor, you can stop taking an antidepressant via a process called tapering. Instead of stopping all at once, your doctor will have you take less and less of the drug over time. This gradual process keeps the discontinuation symptoms at bay.

The Pavilion at Williamsburg Place is a 66-bed state-of-the-art hospital offering psychiatric care to adults and older adults.

We understand that each person has their own unique issues and our clinical team has the expertise to assist our patients to return to a stable level of functioning.

If you are a medical professional seeking to refer a patient or to simply learn more about our services.